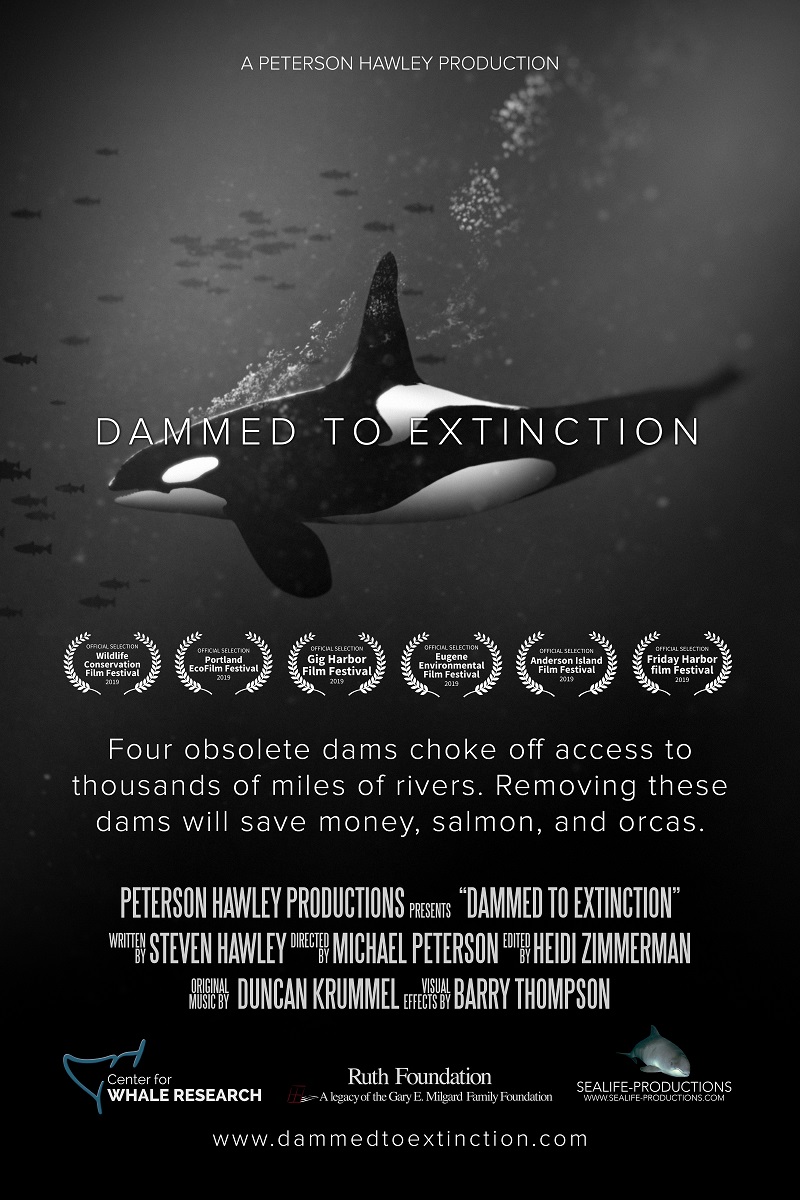 Southern Resident orcas, the beloved, fish-eating orcas found only off the coast of the Pacific Northwest, are unlike any other orca population in the world. They are also one of the most endangered. These orcas have survived on our region’s abundant salmon runs for millennia, but as salmon populations declined, the orcas struggled to survive. With only 74 Southern Resident orcas left and the wild salmon populations they rely on continuing to decline, we must act now to turn the tide for these whales.

Join Defenders of Wildlife and Whale & Dolphin Conservation (WDC) for a special screening of Dammed to Extinction, an award-winning documentary that explores the relationship between Southern Resident orcas, salmon, and four dams on the lower Snake River in the Columbia River watershed.

After the film, we’ll be joined by filmmakers Michael Peterson and Steven Hawley for a Q&A and an opportunity to contribute to a National Day of Action for the Snake River dams, happening May 24th.